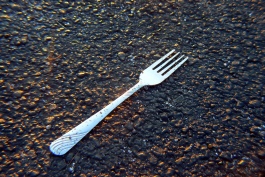 My son just spent weeks, months even, agonizing over his college choice. Even after he finally came to a decision, he still agonized. Had he made the right decision? When I checked in with him the next day (ready to cancel my deposit and put it on the other school if he had any regrets), his resolution had become firm. I’m good, Mom. I had second thoughts at first, but I’m good now.

It turns out that a call to his dad had given him the assurance he needed to move forward confidently. To paraphrase his paraphrase, his dad told him that  now that he had made a decision, it was by nature the right one. He shouldn’t second guess it; now it’s all about making it happen. I puzzled over that a bit, but I was glad it had helped.

Fast forward a couple of days, and the daily sayings calendar on my desk greeted me with “Decide what you want. Do that.”

Suddenly it all came together for me. Whatever the issue, too often we wait until we “figure it out.” That’s usually a cleverly disguised moniker we use as we wait–hope–for some kind of sign. We want someone, something to give us the answer, or we think that we’ll have some magical epiphany that will lead us in the “right” direction. Instead, we need to just decide, then do.

What if I make the wrong decision, you ask? What will I do then?

That’s easy. Just decide to do something different. Then do it. You’ll have plenty of time, now that you’ve given up all the hours, days, weeks, months, YEARS you used to spend vacillating between your choices.

I hope I can effectively convey this concept to my kids. Don’t wait to figure it out. Pick your direction and forge your path. You’ll get farther faster, build your confidence, and learn a lot along the way. And since you’re already forging a path, you can build it in any direction you want.

So when you come to a fork in the road, take it. Maybe Yogi Berra knew what he was talking about after all.