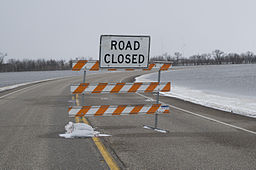 High school wrestling season is almost over in Indiana. We’re in the regional week of the state tournament, and that means that anyone who didn’t advance past sectionals is done. Boys not moving on don’t have a lot of motivation to continue practicing with the team.

An injury, rehab, and some extenuating circumstances have kept my son on the bench for the latter half of the season, so he is not one of the boys still wrestling. Of course, he’s disappointed (read: heartbroken), and initially I found myself concerned about his commitment to the sport.

When I asked Wrestler Boy whether he planned to continue to go to practice (a lot of guys beg off when their season is done–not cool, but it happens), his answer stopped me in my tracks.

Not completely getting it, I probed further. What do you mean they need you? To cheer them on, you mean?

Mom, they need me on the mat. If no one shows up to practice, they won’t have anyone to wrestle so they can keep getting better for state.

What a selfless response.

All season, that kid wanted nothing less than to advance to the state tournament. When he found out he couldn’t, he was crushed. I even thought he might want to quit.

Not only did he prove me wrong, but he also taught me a lesson: the world is bigger than me. When my own path to success meets a roadblock, I can still help others find their way.

And the next time I hit the road, I’ll be that much better for it.