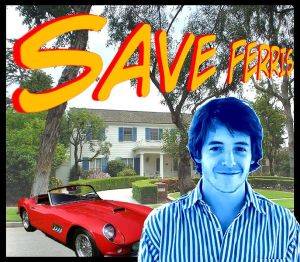 Those who know me also know that I don’t like to wait. I tend to move constantly, doggedly pursuing the “next thing.” Even if that thing isn’t of particularly great importance, I’m hot on its tail just on principle. I am fueled by constant motion. When I’m forced to stop, I get frustrated.

Yesterday I went to pick up lunch at a local drive-thru. After I had paid at the window, the server informed me that my salad would be “just a minute” and politely asked me to pull forward and *shudders* wait. My face wanted to contort in exasperation, and a look into the server’s eyes told me my half-hearted effort to keep it under control was unsuccessful. She knew I wasn’t happy.

Held hostage by the $6.41 I had already paid, I resignedly pulled forward. The two-minute pause before the server arrived at my window with my food allowed enough time for me to wrestle and subdue my animosity, so that so that when she did appear I was appropriately contrite. (After all, I really didn’t have anywhere else to go, and it was only two minutes.) She left relieved that I hadn’t given her a hard time, and I went on my way.

Just telling the story to this point makes me feel sheepish, but there’s more. After I settled into a reverie with my audiobook and began to eat, I was surprised at the freshness of my salad. It was, in fact, different enough from the norm for me to notice. My next thought was a resounding DUH! as I reddened in shame. In spite of my less-than-stellar attitude, I was rewarded with something good, something I probably didn’t deserve.

Somewhere along the line I forgot that there are choices or trade-offs in every situation. Of course my salad was fresh. I had had to wait because it wasn’t ready; they had to make it. That’s the way it works–if there had been one in the cooler, I would have saved two minutes, but I would have had to settle for lettuce less crisp. Wait/fresh vs. no wait/less fresh. There’s a tiny risk-and-reward proposition wrapped up in everything.

This particular situation isn’t particularly important in the grand scheme of things, but I don’t think I’m making a mountain out of a molehill to let it remind me that waiting isn’t inherently bad–or that hurrying for its own sake has any value. I don’t plan to stop moving anytime soon, but I’ll try to do better at not begrudging the speed limits. As a devotee of cheesy 80s movies, I am reminded of the wise words of Ferris Bueller: Life moves pretty fast. If you don’t stop and look around once in a while, you could miss it.

One thought on “Hurry up and wait”